As Dubai and the rest of the country sizzled in the hot and humid afternoon on Tuesday, Al Ain received heavy showers, giving residents some respite from the heat.

The eastern and southern regions have been experiencing wet afternoons over the past two days, according to the National Centre of Meteorology.

Heavy rain was recorded over Al Salamat Farms in Al Ain on Tuesday while Mazyad and Um Ghafah in Al Ain received moderate rain the day before.

The sunshine is here to stay for Thursday, resulting in climbing temperatures throughout the day - recovering from a rainy evening in Al Ain.

Abu Dhabi and Dubai could reach top temperatures in the mid-forties, while the mountain regions will be cooler at a high of 38°C.

But brief cloudy spells and fresh south and north-easterly winds will give brief respite from the scorching heat.

If you’re looking for a good place to spend the weekend and the last few days of the long holiday, the eastern and southern UAE might be a good option as a chance of some rain clouds is in sight. The National Centre of Meteorology said a probability of convective clouds “may be associated with some rainfall”, which may form on Thursday afternoon towards the east and south of UAE — or Fujairah and southward. 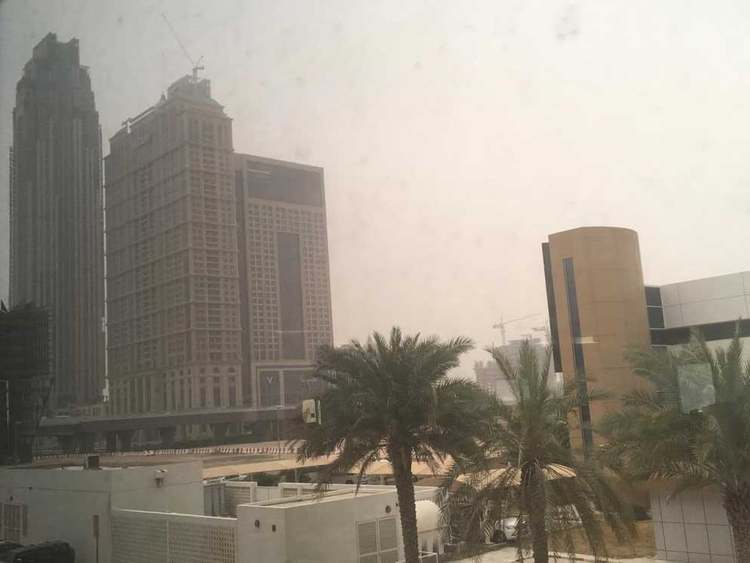 Weather conditions across the UAE over the Eid break are expected to be fairly pleasant, with partly cloudy conditions throughout the week.